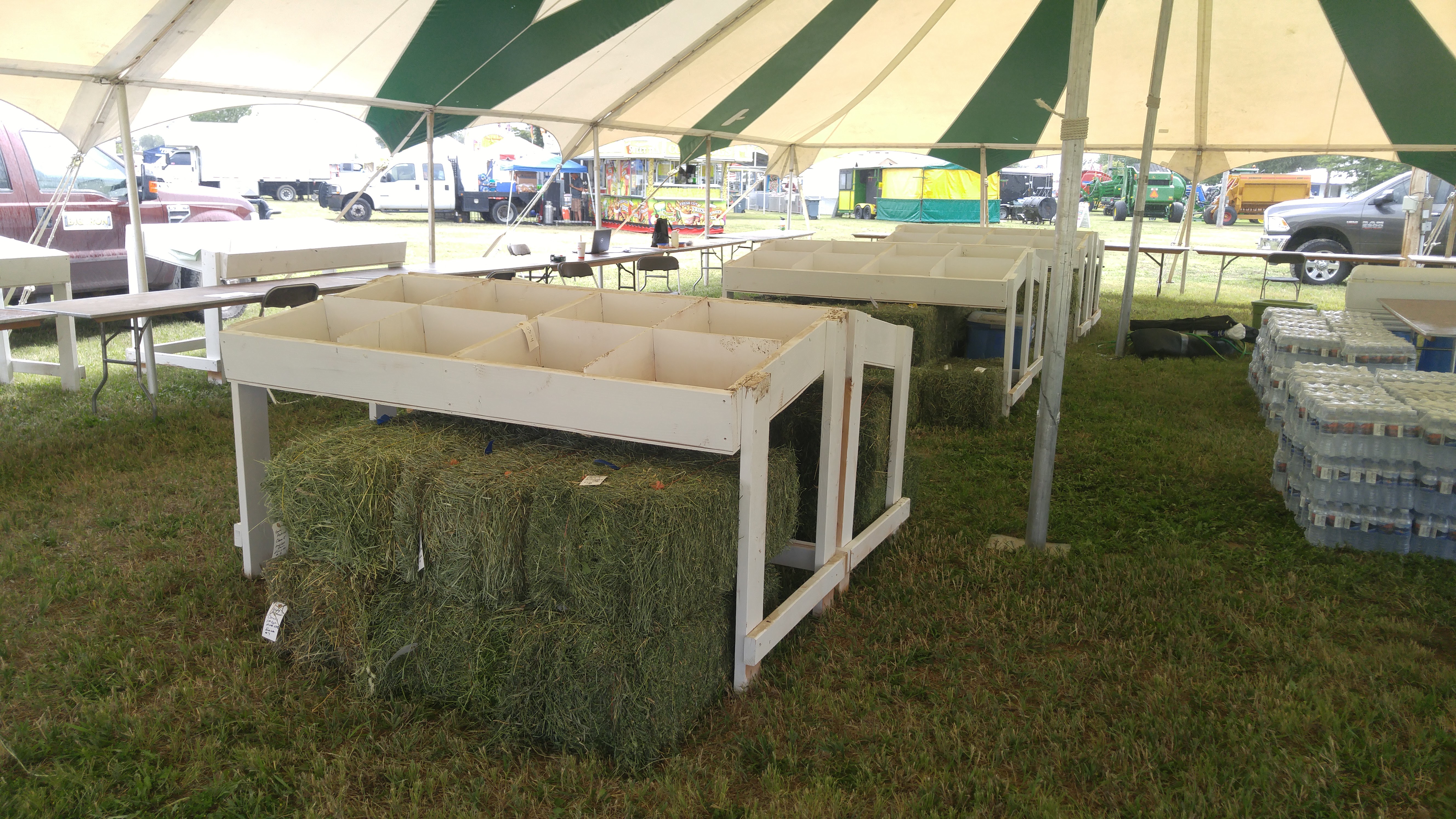 The 2017 Wyoming State Fair Hay Show was another great success! We had 40 entries and many high quality entries in alfalfa, mixed and grass hays. We had 11 young producer entries, 29 open class entries and there were seven counties represented! Click here for a list of 2017 Entries

A big thanks to our judges for their help in making the tough decisions on who won the various classes as well as overall winners! Our judges this year were Brian Wing, of Casper, and Toby Skinner, or Torrington. Scott Cotton, Extension Area Educator based in Casper also helped with record keeping and organization during the judging process.

A little insight into the judging process

The judging began by evaluating the bales quality. Once that was finished, we broke open the bales and placed a few flakes into the displays. The judges then evaluated the hay entries for physical characteristics. Including color, smell, softness, leafiness, maturity, odor, purity and more. After they had placed all classes, they were given the forage analysis to see if they felt any changes were necessary. But the emphasis was on the physical characteristics. As with last year, there were no changes made after viewing the forage analysis.

See this publication from Oklahoma  State University for more on the judging characteristics: Hay judging criteria 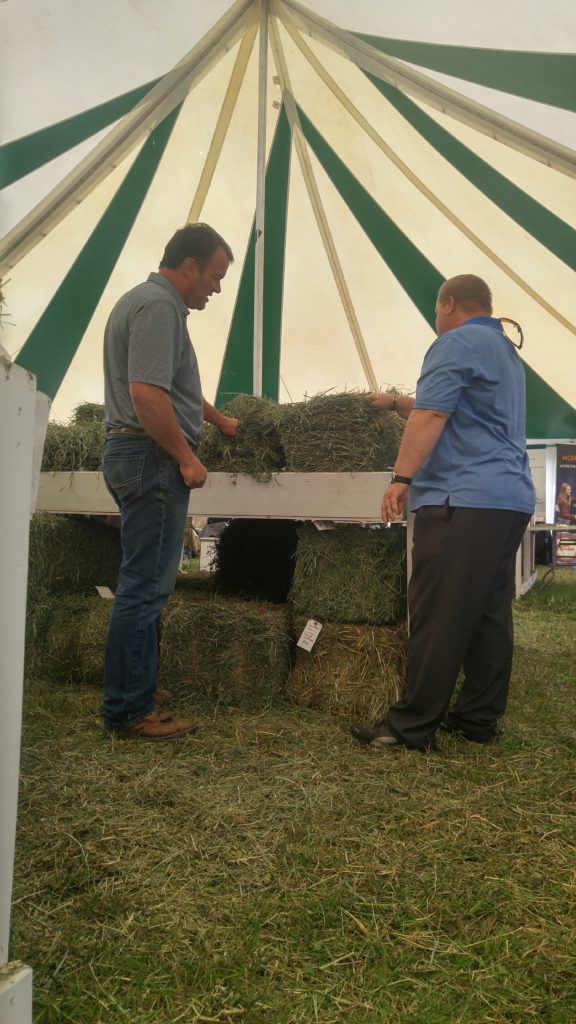 Brian Wing, from Casper and Toby Skinner, from Torrington were our judges this year.

With all the great entries, our judges had a big job ahead of them in deciding who the winners were. Click here to download the 2017 Wyoming State Fair Hay Show Results 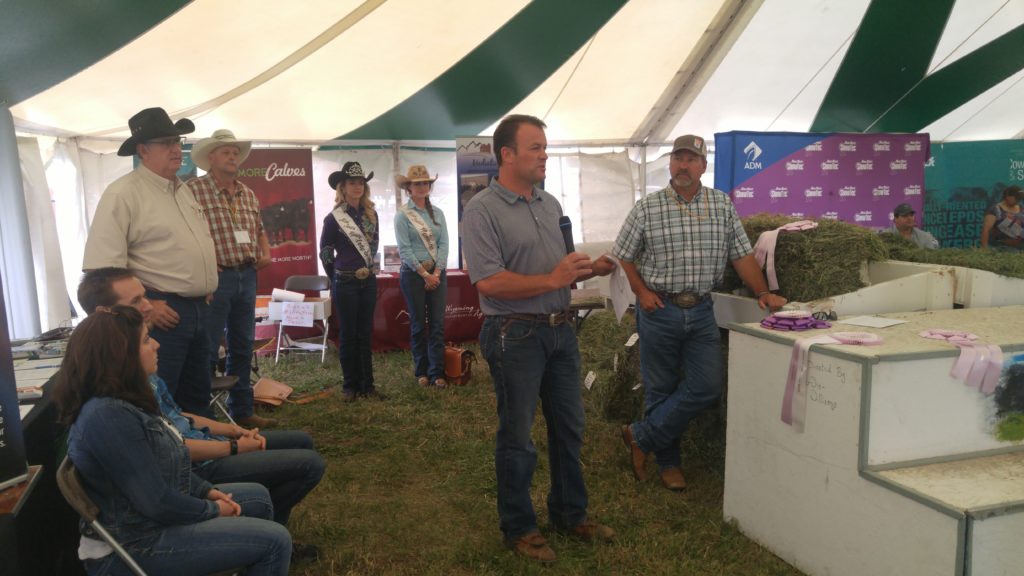 Some of the hay show participants were on hand during the awards ceremony for pictures. 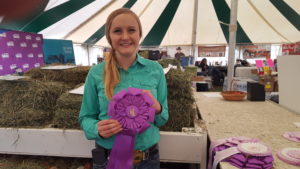 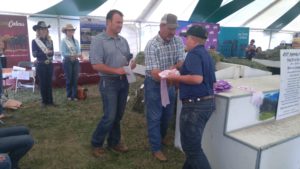 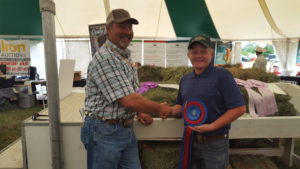 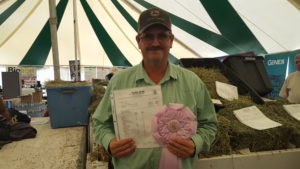 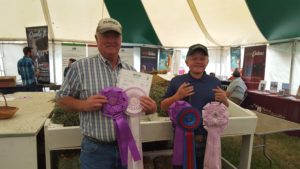 We also had people’s choice voting during the week of State Fair again this year. This allows people to come in and vote for their favorite hay. Voters were encouraged to not necessarily agree with the judges, but rather to vote for the hay they would like to feed. The votes were all across the board, showing that everyone has different ideas of what type of hay they would prefer. See below for the results of the people’s choice voting.

We would like to thank all of the hay show participants that entered hay in the Wyoming State Fair Hay Show this year. We had a great showing of Wyoming’s high quality hay and look forward to seeing more entries in the hay show next year!